Toddbrook Reservoir in Derbyshire was built in 1838. On 31 July 2019, torrential rain dislodged concrete panels on its spillway and it began to fail, with reports of water flowing through the concrete wall. This put at risk homes, businesses and the lives of the community located just below in the village of Whaley Bridge.

On 1 August 2019, the whole dam was declared at risk of collapse, resulting in a co-ordinated emergency evacuation of approximately 1,500 local residents.

The RAF, Derbyshire Fire & Rescue, the Environment Agency and our customer Kier began the mammoth task of draining the 1.5 million tonnes of water . They started packing the damaged section with 500 tonnes of aggregate, dropped into place by a Chinook.

We were only too pleased to be asked to be part of the emergency response.

We immediately mobilised five 250kVA generators which were powering the 12” submersible pumps within four hours.

Three further 500kVA generators, a variety of pumps, numerous fuel tanks and hundreds of metres of cable were also dispatched to site by our customer Carrier Rental and Pump Supplies.

Our power team also supplied mains failure panels and an electrician to assist, as the rescue teams fought against the clock under intense media scrutiny to stabilise the situation. 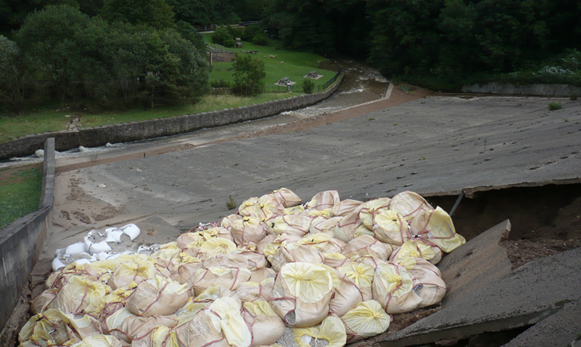 After six days residents were allowed home after the wall was declared stable. The Environment Agency is undertaking a programme of ongoing engineering works in order to secure the site and make sure it is fit for purpose. 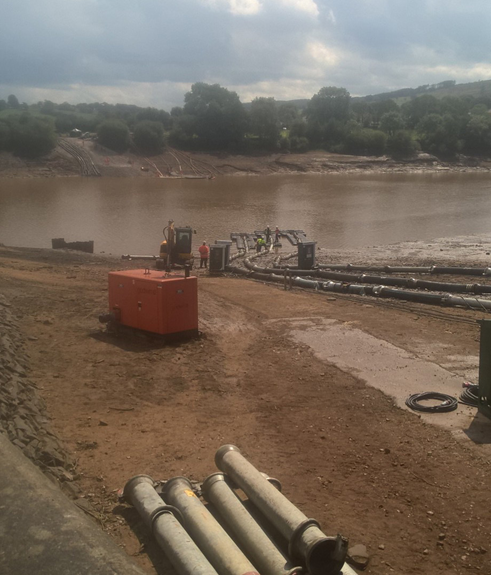 Over the course of the emergency, I have met some very senior people…including government ministers and the Prime Minister. Without exception, they have commented on the skill, professionalism and can-do attitude of the Kier staff, workforce and supply chain. These comments are a direct reflection on the hard work, effort and professionalism that you have showed over the last seven days. If it hadn’t been for you, large parts of Whaley Bridge would have simply ceased to exist and there would have been a potential loss of life.’