Focus on Ex-Forces and Opportunities Within A-Plant: A Tribute to Jim McLachlan

Everyone within our business either knows or has heard of Jim McLachlan, Traffic Director at A-Plant Lux.

This week we commemorated Armistice Day and want to reflect on Jim’s amazing achievements – to pay tribute to what he did, to acknowledge how grateful we are for what he went through, and to let him know how proud we are of his efforts to support his fellow veterans. 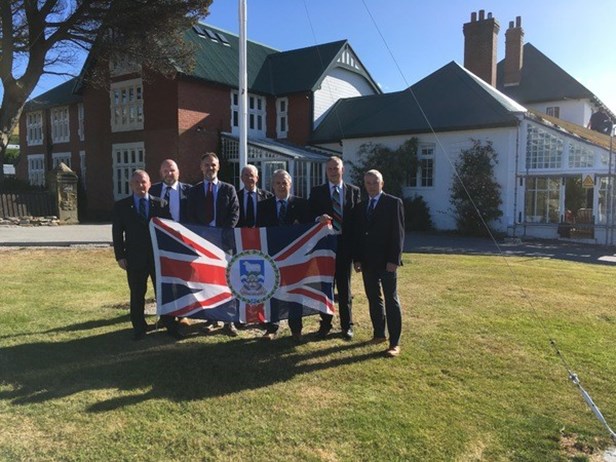 Jim joined the army as a boy soldier at the age of 16 in 1975 in the Royal Corps of Signals - the Army's professional communicators, providing vital communications for all operational campaigns across the world. After 24 years’ service in the Royal Signals, he attained the rank of Warrant Officer Class 1, and the appointment of Regimental Sergeant Major Class 1, having completed tours of Germany, Northern Ireland, Falklands, Cyprus, Belize and Bosnia.
He was deployed on the streets of West Belfast on his 21st birthday with the 5th Heavy Regiment Royal Artillery. “It was the start of the hunger strikes and subsequent riots the following year that proved to be the most violent part of a two year tour.” He left Northern Ireland in February 1982 and was then deployed in the April to the Falklands. The islands had been invaded by Argentina and the British government had despatched a Task Force to regain the Islands from Argentine rule. In the subsequent battles at sea and on land the British regained the Islands with the loss of 255 men killed in action in six weeks of warfare. The Argentinian losses were 950. Jim had eight colleagues from the Signals killed in action. One was repatriated back to the UK, two were buried in the Falklands and five whose bodies were never recovered.

Serving in the Balkans

Jim is a married, very proud father of two successful sons, who stays in touch with and regularly sees his army mates. His eldest son Jim also joined the military and deployed to Afghanistan at aged just 19. “It was the toughest of mornings saying goodbye to him on our drive, the four of us in a family huddle. I wanted to deploy with him and protect him but of course that was never going to happen, but as a father and ex-soldier you want to protect your children regardless of what age they are.” Happily he returned safe and sound, but not all of his colleagues did.
Robbie, his younger son graduated from Surrey University with first class honours degree in Business Management and also achieved top student status.

Paying tribute to the fallen

Jim was very grateful to the Falklands Veterans Foundation for the opportunity to return to the Falklands in 2015 and stay with other veterans at the SAMA82 lodge (South Atlantic Medal Association 1982). He and the other veterans returned to the trenches to pay their respects to those who paid the ultimate sacrifice. They saw Blue Beach at San Carlos and visited the war cemetery, where what they had all been through all came home when he saw the two Royal Signal graves, he clearly recalls thinking, “I remember so clearly the day you died”.

Jim was troubled that aside from the war graves, there was little sign of the Royal Signals on the Islands and so made it his mission to take more veterans back, so that they could also heal, make peace with their pasts and ensure that their contribution wasn’t forgotten.
The veterans Jim has taken back since also stayed at the lodge together. They saw the plaques, signed the books and visited the places where their landing crafts arrived. They visited the exact spots where their friends fell. They visited local schools and met with the pupils who learned all about those who fought for their freedom. Most of all, the veterans all did what they all needed to do, whether that was alone or together. Jim said “It was hard to believe that at one point there had been 12,000 men ‘dug in’, in total chaos. It is good for the guys to see the appreciation that the Islanders have. You can’t realise the carnage…we lost 255 people in six weeks. Now it looks like a typical scene from the Scottish Highlands.” 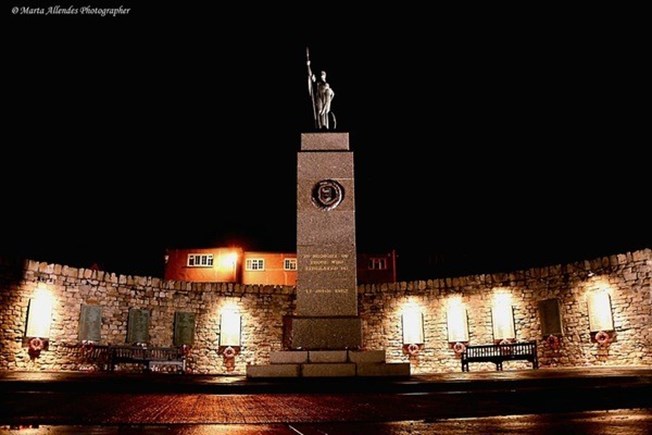 There is a memorial wood in Port Stanley where the locals have planted 255 trees, each marked with the name of the fallen. Jim will return to the Islands for the fourth time in February 2020 – although this may be his last trip, he thinks it is vitally important “to keep the guys going” and is working hard to ensure this continues into the future. On his first trip back after the war in 2015 he saw the two Royal Signals soldiers’ graves in San Carlos. “I looked at the dates they both died and thought of my life from that date to when I stood at their graves - and the enormity of their sacrifice hit home.”

There are many veterans at A-Plant, and lots within A-Plant LUX. Jim believes that veterans often don’t understand what they’ve got to offer once they leave and his message to them is this:

Never underestimate how well you’ve been trained. The training you’ve received as you’ve come up through every rank is second to none. You are good at accepting responsibility and ‘getting the job done right’. Everything you’ve ever done in the forces has been done to the very highest quality, and the skills you’ve gained around logistics, around moving troops and fleets of helicopters, planes and tanks are all vitally important. They are highly valued in companies like A-Plant and within our industry.

I know I speak for everyone at A-Plant in thanking you for your service Jim - for protecting our freedoms and for being a huge character in our A-Plant family. With the greatest of respect from all of your colleagues and friends.